Playoffs Kicks of the Night 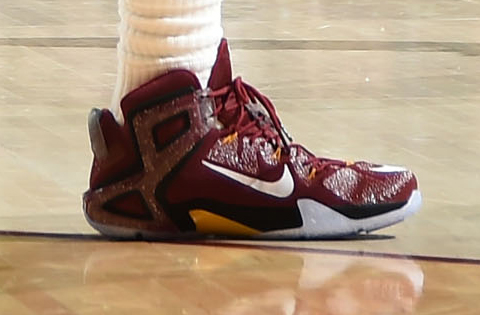 A trio of NBA Playoff games played out on Tuesday night with three teams managing to go up 2-0. In Cleveland, it was LeBron James rocking two pairs of PE Nike LeBron 12s leading the way in dispatching the pesky Celtics 99-91. The Wizards’ John Wall had a monstrous evening in his signature adidas J Wall 1 as he  dropped 26 points and dished out 17 assists in Washington’s 117-106 win over Toronto. In the night’s final game, it was James Harden in his Nike Zoom Run the One leading the Rockets over Dirk and company, 111-99. For the rest of the night in kicks, make sure you run through our latest and greatest.