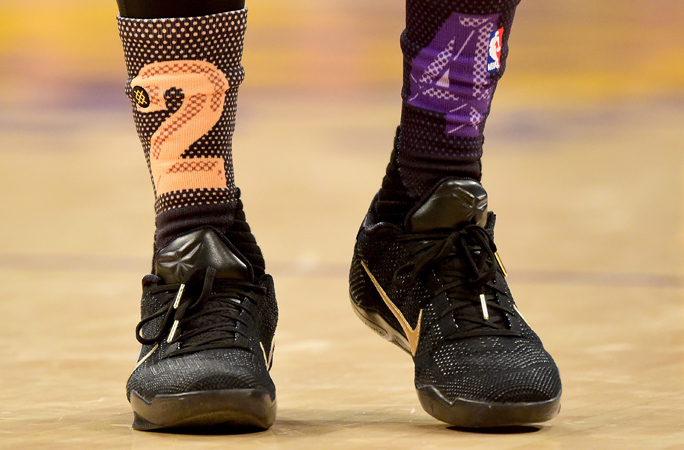 The final night of the 2015-2016 NBA regular will undoubtedly go down as one of the most memorable in the history of sports.

Kobe Bryant capped off a stellar career with a 60-point storybook ending in leading the Lakers to a come from behind victory over the Utah Jazz. On his feet were the Nike Kobe XI Elite Low “Fade to Black” which dozens of players around the league also wore in honor of #MambaDay.

Up in NorCal, the Warriors were making history as they eclipsed the Bulls’ vaunted 72-10 record. In the win, Stephen Curry rocked his new Under Armour Curry 2.5, a model which we should be seeing plenty of during the playoffs.

Our final NBA kicks recap of the regular season is just ahead so if you missed out on any of yesterday’s action, we’ve got you covered.