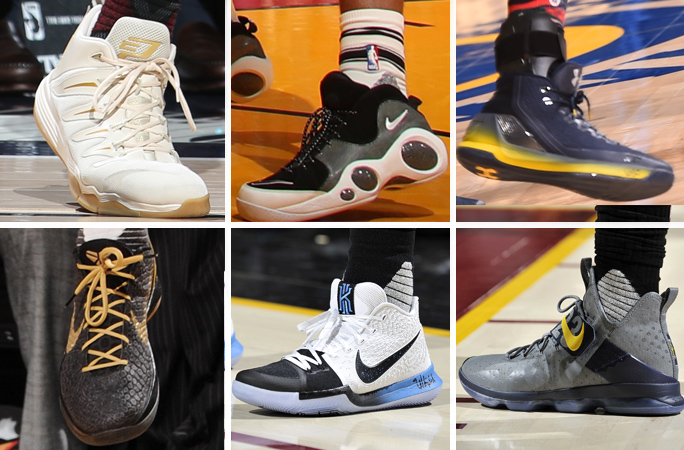 The NBA kicked off February with a bevy of dope kicks, including a couple of new models and colorways.

We start off in Cleveland, where LeBron James debuted a military-esque edition of his Nike LeBron 14, while Kyrie Irving rocked a Duke-flavored Nike Kyrie 3. In the same game, Andrew Wiggins was spotted in his jaw-dropping green adidas Crazy Explosive while Zach LaVine continued to ball in the Nike Air Penny IV.

New adidas models also hit the floor on Wednesday night, as the adidas Crazy Hustle appeared on the feet of Brook Lopez and the adidas Crazy Explosive Low was worn by Kyle Lowry. Both sneakers seemed to be part of adidas’ Black History Month collection, which was designed in tribute to tennis legend Arthur Ashe.

We have close to 40 images from last night’s sneaker action so make sure you get all caught up in our first gallery of the month.