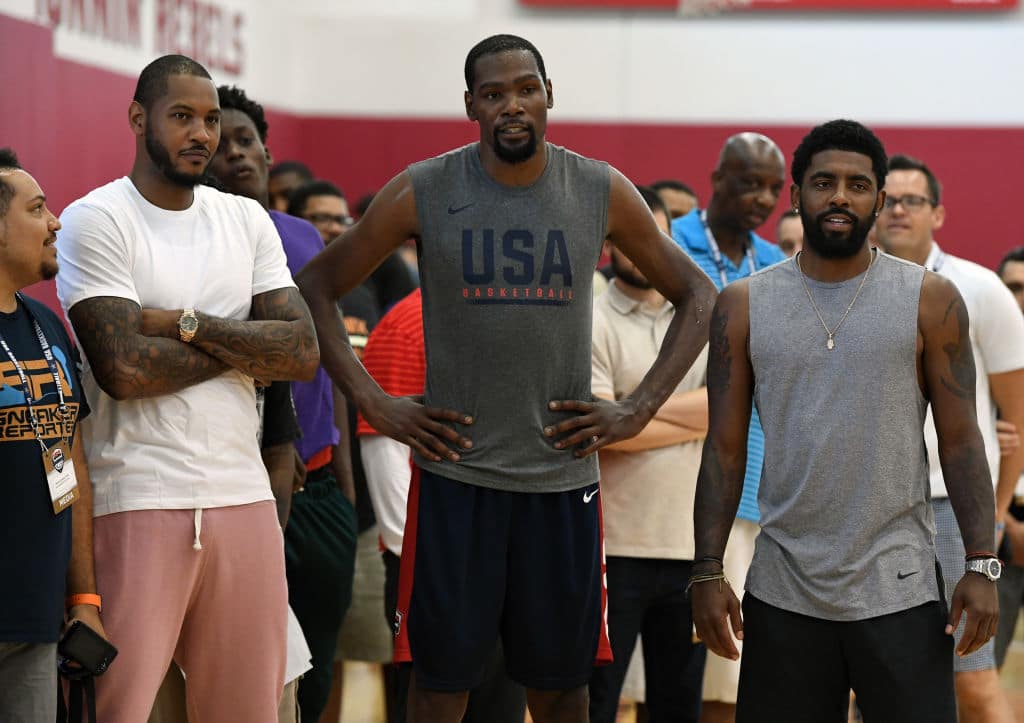 The Brooklyn Nets remain interested in signing Carmelo Anthony, Frank Isola of The Athletic reports, thanks in no small part to the team’s newly acquired superstar duo of Kevin Durant and Kyrie Irving supposedly pushing for such a move.

This isn’t the first time that Anthony has been linked to the Nets franchise, we wrote about an informal scrimmage that he participated in earlier this month with players on the roster.

According to Isola, both Nets general manager Sean Marks and head coach Kenny Atkinson have seen Anthony play or work out so far this summer. Marks, of course, will get the final say on whether the team adds the veteran to the official lineup.

Isola’s report comes the same day as Anthony is scheduled to scrimmage with Brooklyn’s cross-town rival, the New York Knicks.

As we laid out in our summary of Brooklyn’s roster heading into training camp, the Nets already have 15 players on guaranteed deals. If they wanted to sign Anthony they would need to cut one of those players, perhaps Wilson Chandler who will be suspended for PED use.

Alternatively, the Nets could wait to apply for a disabled player exception for Kevin Durant or until Game 6 of the 2019-20 season when they can officially shift Chandler to the team’s suspended list and add another body.

Technically, the Nets may add three more players over the course of training camp but adding Anthony into one of these spots wouldn’t alleviate the bottleneck that they’d face when the season officially begins.

All teams will need to cut their rosters down from 20 to 15 (and two two-way players) before the season officially begins.