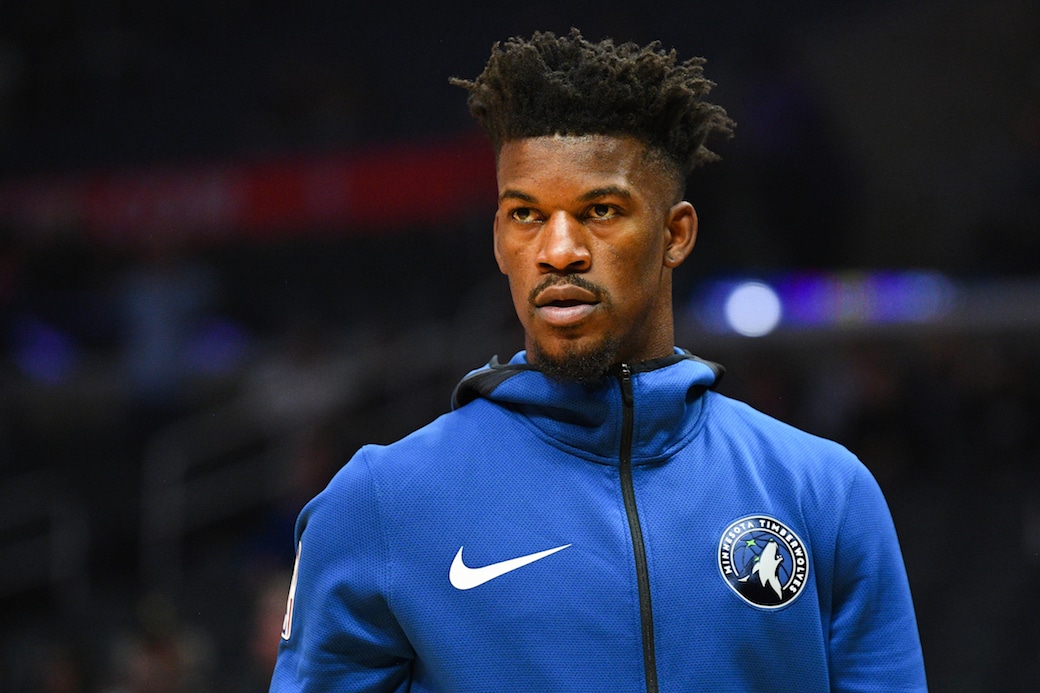 When Jimmy Butler made it known that he wanted out of Minnesota, the Wolves tried to field offers for the four-time All-Star.

Minnesota was in contact with the Pelicans, Wizards and Heat, but none wanted to trade a key player for Butler, according to ESPN’s Adrian Wojnarowski:

Minnesota desperately tried to cobble together trade offers in the past week, including extensive discussions with New Orleans, league sources said.

The Pelicans are limited on tradeable assets, but desperate to find star power to keep Anthony Davis for the long run. The Pelicans wouldn’t include point guard Jrue Holiday in its offer, nor multiple draft picks, league sources said.

Butler was finally traded this past Saturday to the Sixers for Robert Covington, Dario Saric, Jerryd Bayless and a 2022 second-round draft pick.

As for head coach Tom Thibodeau and GM Scott Layden, their time in Minnesota may soon come to an end too, per Woj.

As Philadelphia ramps up its rise into contention, Minnesota is sorting through what’s left in Butler’s wake. Taylor considered firing Thibodeau and Layden in the summer — well before the Butler situation escalated — and has continued to consider possibilities to eventually replace both of them, league sources said. There’s immense pressure on Minnesota’s management structure to see dividends on this trade.

Butler only appeared in 10 games with the Wolves this season and averaged 21.3 points in 36.1 minutes per game. He is expected to play with the Sixers on Wednesday against the Magic.