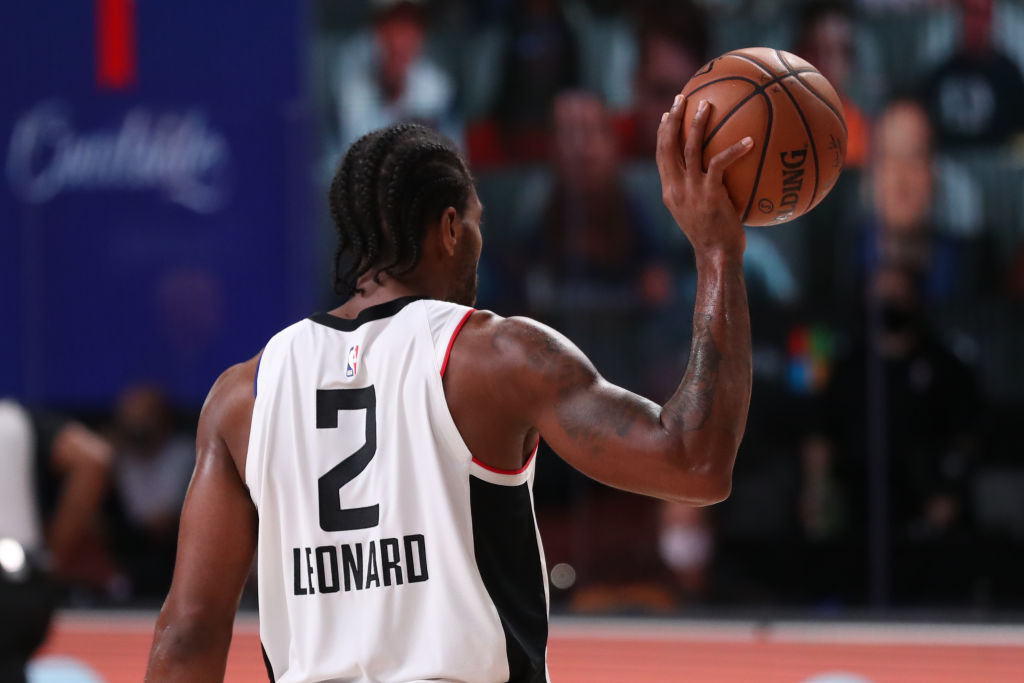 On a night when multiple things went particularly bad for multiple teams, Kawhi Leonard took care of business for his new franchise. Why don’t teams looking to improve just go out and sign themselves a reigning Finals MVP in the offseason more often?

We’ve broken down each of Friday night games below.

The Raptors continued to flex their plethora of offensive options and depth on Friday. They hopped out in front of Brooklyn early in their Game 3 matchup and didn’t look back. Pascal Siakam led all scorers with 26 points but Fred VanVleet once again punished from beyond the arc, connecting on 6-of-10 threes. The overmatched Nets spun their tires against the defending champions and will now face the brooms their next time out.

The Jazz demolished an uninspired Nuggets team to take command of their knotted first round series, leaving Denver with an uncomfortable amount of questions to answer before Game 4. Utah welcomed veteran guard Mike Conley back to the lineup with open arms after he had left the bubble to attend the birth of his son. Conley went off for 27 points in the game, despite logging just 25 minutes in the blow out. The Nuggets were existential crisis-level horrendous.

The Sixers played the Celtics close for the majority of their Game 3 matchup but sputtered out in the end, succumbing to a late Boston run that cost them the game. Joel Embiid cracked 30 for the second straight time but the Sixers shot just .295 from the field as a whole. Kemba Walker and Jaylen Brown led the C’s with 24 and 21 points respectively in a game that saw Jayson Tatum sidelined early with foul trouble.

The reigning Finals MVP carried his new team to a tie-breaking win over the Mavs on Friday but the Clippers will need to provide him with slightly more support if they intend on doing much beyond the opening round. Kawhi Leonard dropped 36 points, nine rebounds and eight assists in the win while Paul George struggled, shooting 3-of-16 from the field to the tune of just 11 points. Perhaps more damaging for Dallas than the lone loss, however, was the ankle sprain suffered by Luka Doncic. There’s no status update on Doncic’s ankle at this point but his attempt to return to action shortly after the initial injury resulted in his getting shut down for the rest of the contest.