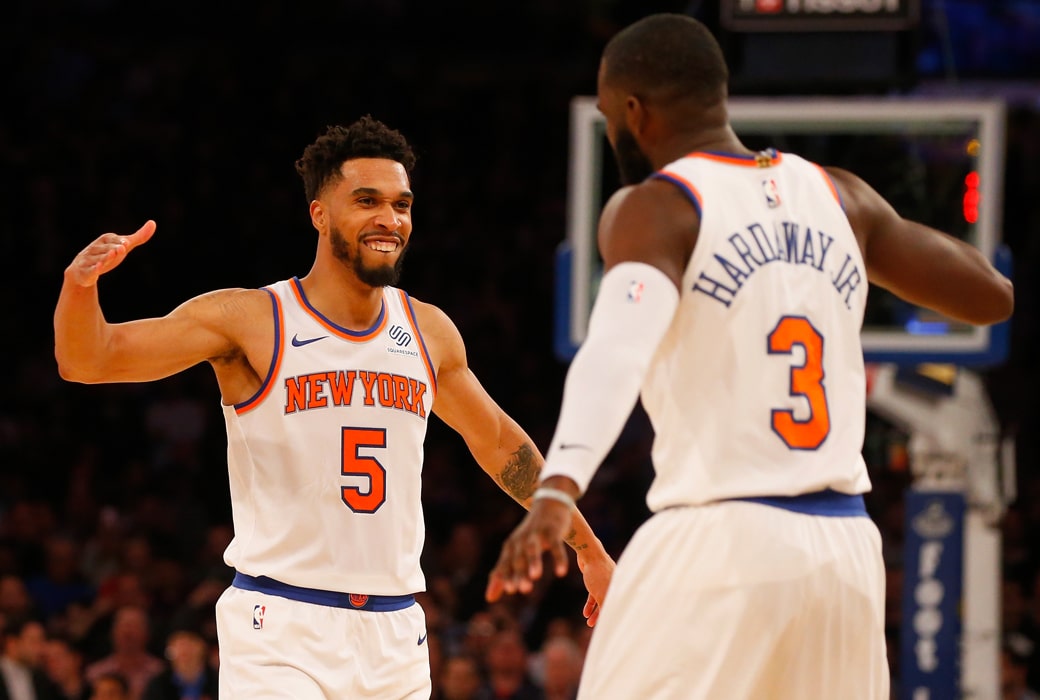 The New York Knicks are making Tim Hardaway Jr and Courtney Lee available in trade talks ahead of the Feb. 7 deadline, reports Marc Stein of the New York Times:

The Knicks have made Tim Hardaway Jr. and Courtney Lee available via trade in advance of the N.B.A.’s Feb. 7 trade deadline, according to three people familiar with the team’s stance.The team’s motivation in both cases is largely financial, according to the people, who were not authorized to discuss the situation publicly.

Finding a trade before the deadline to shed either Hardaway’s or Lee’s contract without taking salary back that extends beyond this season would ensure that the Knicks have the requisite salary-cap space in July to pursue top-tier free agents such as Kevin Durant, Kyrie Irving and Kemba Walker.

It remains to be seen, however, if the Knicks will be able to find a trade partner for Hardaway or Lee without attaching an additional asset to the deal, such as future draft compensation or their 2017 first-round pick, Frank Ntilikina.

Hardaway has posted 19.6 points in 32.6 minutes per game this season. The veteran Lee missed considerable time due to injury and has averaged 5.3 points in 10 total appearances.

Big man Enes Kanter has already popped up in trade rumors. He did not play in the Knicks’ most recent outing (a 110-114 loss to the Rockets) and has expressed frustration over his dwindling role:

The Knicks have been trying to accommodate Kanter with a trade, according to one person with knowledge of the team’s thinking. Trading Kanter, however, is complex because of his team-high salary. The Knicks do not want to take on contracts in return that last beyond this season to maintain financial flexibility for free agency and re-signing Porzingis.

Kanter is expected to seek a contract buyout from the Knicks to become a free agent if the deadline passes without a trade to a new team. He would have to be waived by the Knicks by March 1 to remain playoff-eligible for another team this season.