Geno Auriemma wrapped the 1,000 victory of his coaching career last night when his UConn Huskies took down the Oklahoma Sooners. Auriemma joined an exclusive club of D1 coaches that can count 1K wins on their resumes. The only MCBB coach to reach that benchmark is Mike Krzyzewski. Auriemma is now in the same company as Sylvia Hatchell (UNC), Pat Summitt of Tennessee and Stanford’s Tara VanDerveer for WCBB.

“It’s a number that’s significant because so few people have been able to do that,” Auriemma said to ESPN after the win yesterday. “You feel incredibly fortunate that you’re one of a very, very select few and some of the great coaches that ever have coached.”

To honor Geno and his dominant program that has won 11 National Titles since 1985, Nike put together letters from 1,000 different people, including:

The Swoosh sent all the letters to Auriemma in a commemorative box. Peep the photos below. 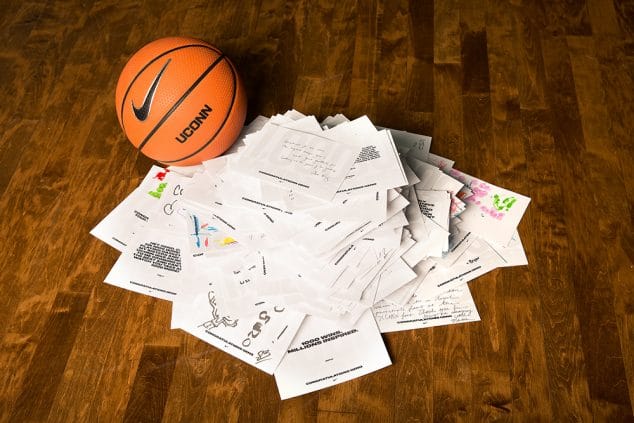 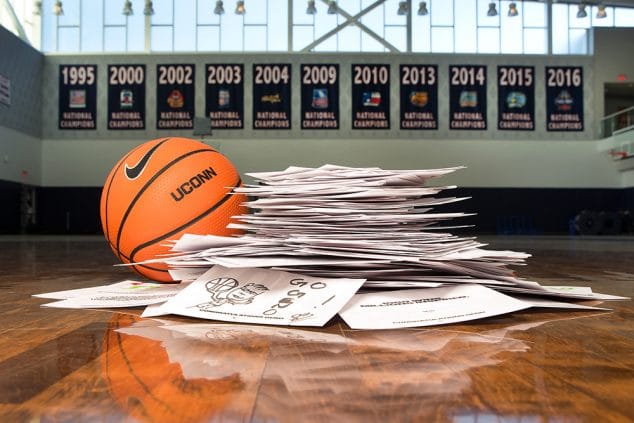