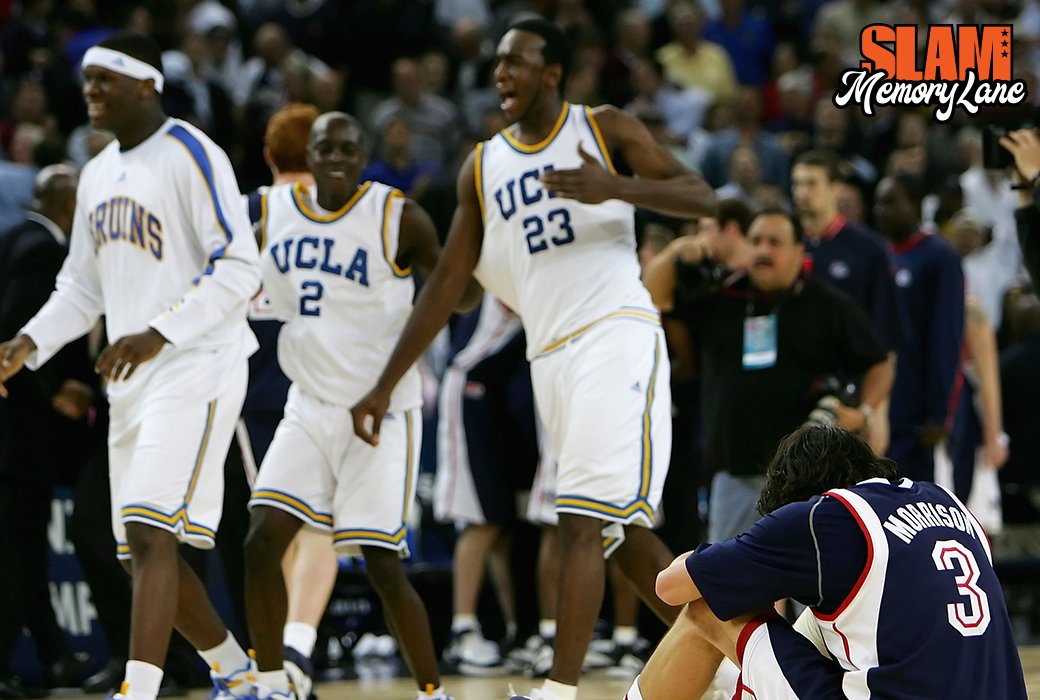 That’s how Gus Johnson described the last 40 seconds of UCLA’s miraculous come-from-behind win against Gonzaga in the Sweet 16 in 2006. The Bruins, heading into the tournament as the No. 2 seed, faced the No. 3-seeded Zags with one of the nation’s top-scorers in Adam Morrison (28.1 ppg).

It was one of college basketball’s best scorers against one of college basketball’s most historic programs. UCLA trailed by 17 points heading into halftime and shot a dismal 7-of-27 from the field. The Bruins rallied and would eventually cut the Zags’ lead to nine with just over three minutes left in the game. With under a minute left, trailing 61-58, Ryan Hollins sank two free throws to cut the lead to one.

On the ensuing inbounds, UCLA trapped Morrison in the corner, forcing him to make the pass to center J.P. Batista with another double coming at him. Jordan Farmar stripped Batista, passing it to then-freshman Luc Richard Mbah a Moute for the layup to put UCLA up 72-71—its first lead of the game—with 9.1 seconds to go.

“UCLA has climbed the mountain,” an exuberant Johnson said.

Moments after the most important bucket of his basketball career, Mbah a Moute, who scored six of the Bruins’ last 11 points, made a diving, game-sealing steal on Gonzaga’s Derek Raivio. Shortly after, the cameras focused on Morrison, who buried his face in his jersey in total disbelief after realizing his collegiate career was coming to an end.

Aaron Afflalo would split a pair of free throws, giving Gonzaga a chance to send it to OT, but Batista’s 15-footer was nowhere near the rim as the Bruins bench rushed the court to celebrate the 73-71 win and their first regional final since 1997. Morrison, who finished with a game-high 24 points, was spread out near mid-court in tears.