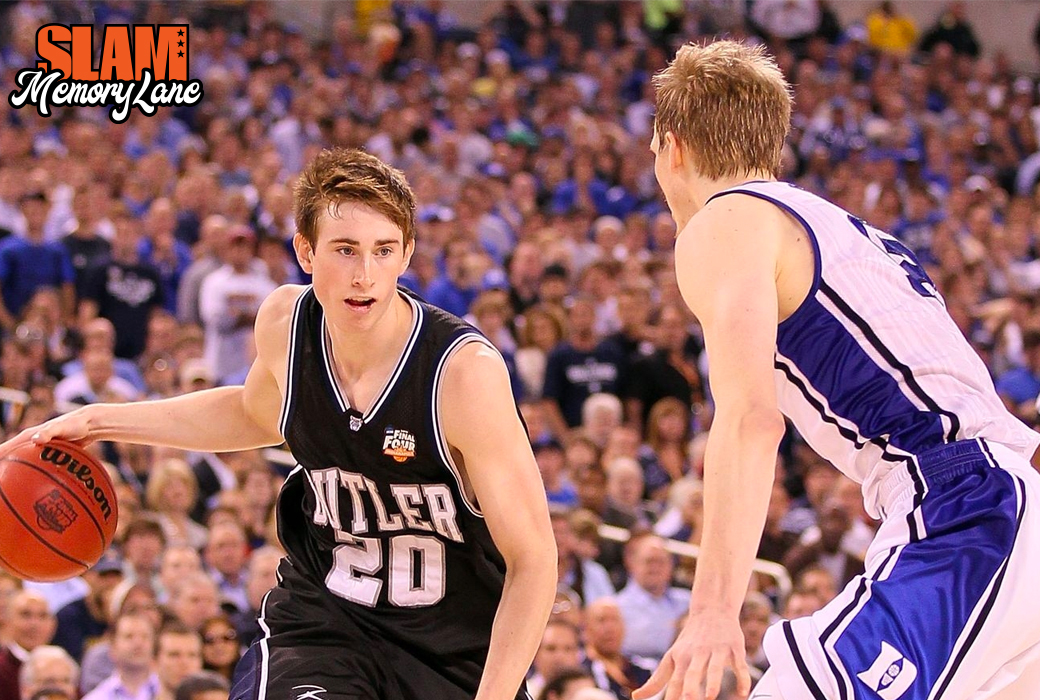 This game had it all. The David vs. Goliath narrative (although Butler was no slouch, sporting a 33-5 regular season record), and the young, up-and-coming coach, Brad Stevens, against the battle tested and seemingly invincible Coach Krzyzewski. Then there was Butler star Gordon Hayward against Duke’s plethora of veterans and NBA-bound athletes. It was Butler, a school that had shockingly reached the championship, against Duke, the big bad perennial powerhouse.

And you know what? Sometimes, David doesn’t triumph. He doesn’t topple Goliath, but in this case, he came so close. In the final seconds of a tense game, with Duke leading Butler 61-59, Hayward dribbled to half-court and launched a prayer as the seconds ticked to zero.

And the ball banked off the backboard, hit the front rim and bounced out. A potential legendary, for-the-ages shot was so close. Alas, most buzzer beaters don’t go in, especially last-second heaves from half-court. And that’s part of what makes that memory stick. The fleeting hope of an incredible upset, the conclusion of a Cinderella story within reach. Then, moments later, the crushing defeat sinking in, players burying their heads in towels, and another win for Goliath. It’s symbolic. The underdog usually doesn’t win; that’s why they’re the underdog in the first place.

In fact, Hayward didn’t have his best game. He shot 2-11 from the field, scoring only 12 points. Fellow future NBA teammate Shelvin Mack also chipped in with 12 points, 5 assists and 2 steals.

But everything came down to that shot, which is a little unfair to Hayward, considering the probability of a running, pressure-filled half-court heave. If he somehow makes that shot, Butler is forever enshrined in March Madness lore. But in reality, it will serve as one of, if not the, greatest what-if in March Madness history.

Isaiah Freedman is a social editor at SLAM. He also works with the NBA Summer League, Syracuse Men’s Basketball team and as an assistant player trainer for Chris Johnson Hoops.