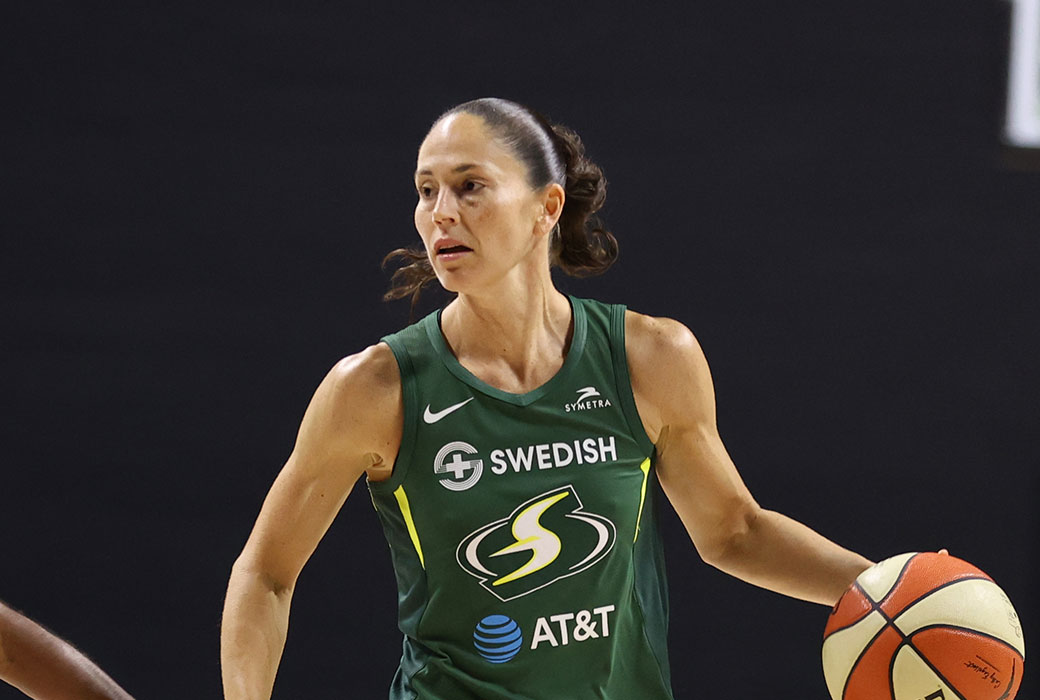 For the first time in her career, Seattle Storm guard Sue Bird captured the top spot of the WNBA’s most popular jerseys list, the league announced on Friday. The list is based on WNBAStore.com sales since the start of the 2020 regular season.

Bird, who will turn 40 this month, missed half of the abbreviated 22-game regular season with a bone bruise in her knee. The SLAM 228 cover subject will suit up for the Storm as they take on the Las Vegas Aces in Game 1 of the WNBA Finals tonight.

Making her debut at No. 4 on the list, Liberty rookie Sabrina Ionescu appeared in just 3 games this season before exiting the wubble with a Grade 3 ankle sprain. The former Oregon star and No. 1 pick in the 2020 Draft could be a face of the league for years to come.

Despite not playing since 2018, four-time WNBA champion Maya Moore appeared at No. 5 on the list. Moore, 31, decided to take off a second consecutive season to focus on reform in the American justice system.

Mystics forward Elena Delle Donne ranked No. 8 on the list despite sitting out the season due to health concerns. Delle Donne, who suffers from Lyme disease, was inexplicably denied a medical exemption from the league.