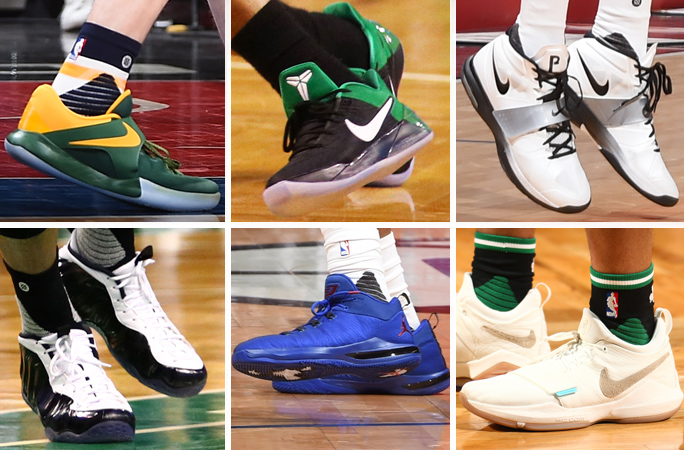 The Nike Kobe A.D. has been one of the most popular silhouettes amongst NBA players this past season and two of the model’s more notable wearers squared off in Game 1 of the Wizards versus Celtics series. Both John Wall and Isaiah Thomas took the floor of the TD Garden rocking familiar team colorways that they’ve worn over the course of the year. Thomas would get the better of Wall as the Celtics took the opener, 123-111.

In Los Angeles, the Clippers season once again came to a disappointing end as the Jazz moved on to the next round with a 104-91 Game 7 win. Gordon Hayward paced the Jazz with 26 points in the Nike Zoom Live 2017 while Chris Paul did all he could in the Jordan CP3.X AE. The game also happened to be the final one of Paul Pierce’s career as he finished the night with six points in the Nike Air Legacy 3.