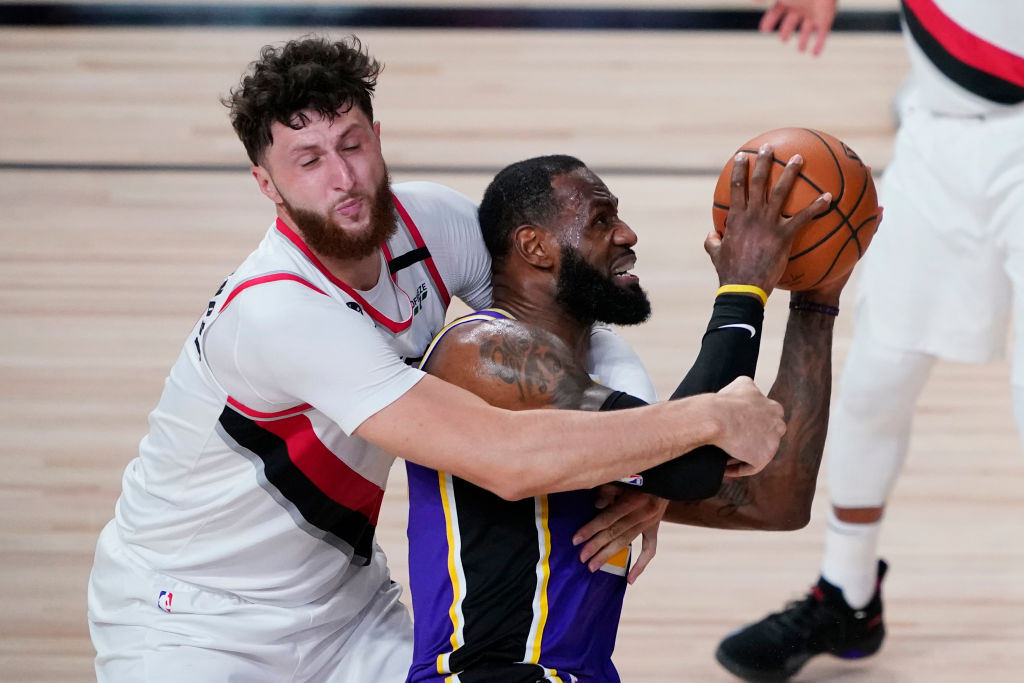 Bubble or no bubble, fans in the stands or not, Playoff LeBron James was destined to arrive at Disney World. Can the Blazers keep up with the Lakers when both James and Anthony Davis are at their best? Can anybody?

We broke down each of Saturday’s tilts below.

The Bucks showcased exactly why they’re on the shortlist of NBA title contenders this season, overpowering their underdog opponents early on Saturday, eventually blowing the game wide open thanks to the 35 points, 11 rebounds and seven assists Giannis Antetokounmpo racked up in just over 30 minutes. Milwaukee shot .561 from the field as a whole and demonstrated how effortless they can make the game of basketball look following a dust-up between Marvin Williams and James Ennis. Both veterans were booted after a mild altercation but only Milwaukee converted that hype into game momentum.

After chasing the Heat from behind for the majority of their Game 3 matchup, the Pacers clawed their way within striking distance in the final minutes of the fourth quarter. The thrill was short-lived as Miami put the clamps on Indiana’s attempt to take command and walked away with a pivotal 3-0 series lead. Malcolm Brogdon enjoyed a nice 34-point, 14-assist night but it’s little consolation given the uphill battle the injury depleted Pacers now face against a Heat team with no shortage of depth.

The Thunder rallied back to life in their Game 3 tilt with Houston, enduring James Harden’s offensive barrage long enough to force overtime after a scrappy fourth quarter. It wasn’t long into the extra period that The Beard was sent to the bench with six fouls, giving Oklahoma City that much more of an opportunity to take the spotlight for themselves. Luguentz Dort continued to show why he’s one of the most underrated impact players in the league while veteran Chris Paul shined when the game mattered most. Paul, Shai Gilgeous-Alexander and super sub Dennis Schroder combined for 78 points while Harden added 38 on his own.

Damian Lillard came out firing despite having left Game 2 early with a dislocated finger on his non-shooting hand. In fact, Dame’s dominant personal run continued as if the hand injury never happened. Lillard dropped 34 points in the Saturday night battle but not even he could resist the shifting seismic force that was to come. LeBron James and Anthony Davis wreaked havoc on the Blazers in the second half of the ball game, James finishing with 38 points 12 rebounds and eight assists on the night while Davis added 29, 11 and 8, respectively, of his own. Portland’s stars did an admirable job keeping the No. 8 seed competitive in the ball game but some forces in this world cannot be contained, Playoff LeBron among them.