The Jordan Brand family honored His Airness all season long. 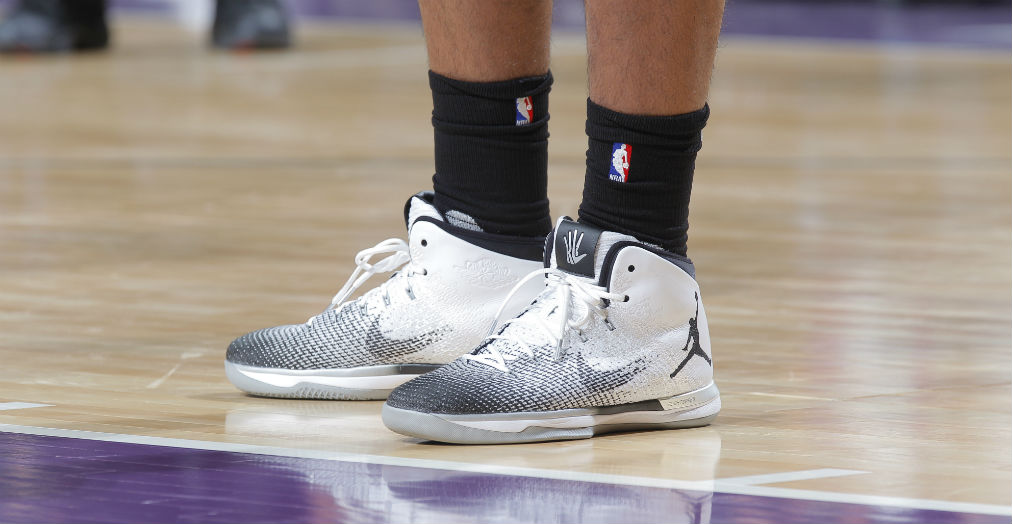 The Air Jordan I broke the rules. The NBA banned it, but Michael Jordan kept on wearing it. Over 30 years later, it’s still one of the most popular sneakers ever, flying off shelves whenever it’s released.

To honor the past, Jordan Brand built the Air Jordan XXXI with the I in mind. They even put a Swoosh on the silhouette, the first time an Air Jordan’s had the Nike logo since the I.  Also on the upper of the XXXI is the iconic “wings” logo, which hasn’t been featured on a Jordan since the II. Though it has Nike’s Flyweave and Zoom Air tech, which weren’t around when Mike was dominating, the XXXI also has a synthetic leather on the toebox, a nod back to the AJI.

With one eye looking back at the past, the other eye was focused on the future of the Brand. The XXXI’s familiar silhouette was given multiple gradient colorways that popped during today’s NBA. From Kawhi Leonard to Jimmy Butler to Mike Conley, the Brand used secondary team colors on many of their XXXIs.

“I’m sure I’ll have a lot of different options to pick from going forward,” Conley told us before the season started. He was right. The JB fam each had anywhere from four to eight XXXI colorways to choose from, making it an extremely memorable Jordan sneaker.