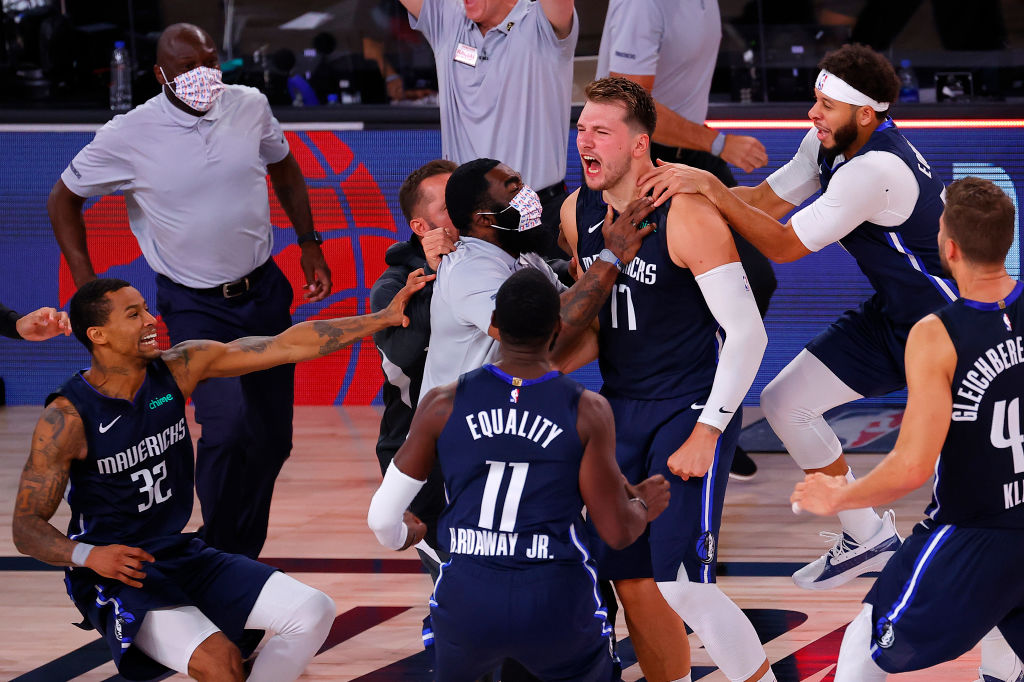 In what will go down as one of the most memorable days of the bubble, Dallas Mavericks star Luka Doncic stole the show. The slate also featured duelling 50-pieces from Donovan Mitchell and Jamal Murray, and a pair of series clinching finales.

Here’s our breakdown of Sunday’s action.

The Celtics kept their foot on the gas against a vulnerable Philadelphia team and ended up holding on to a fourth consecutive win in their first-round series. Sixers forward Tobias Harris suffered a head injury scare after a nasty fall in which his face hit the hardwood. Fortunately, despite the unbraced fall, he managed to avoid significant damage and returned to the game with a facial laceration. Harris and Joel Embiid paced Philly with 20 and 30 points respectively but the well-oiled C’s, led by Kemba Walker’s 32 points, were too much to overcome.

Luka Doncic had a triple double with eight minutes left in the third quarter on Sunday and that wasn’t even the most impressive thing that he did. The superstar 21-year-old, who wasn’t even a sure bet to play due to the ankle sprain he suffered in Game 3, toyed with the Clippers all day long eventually nailing a game-winning three at the buzzer in overtime. Doncic finished with 43 points, 17 rebounds and 13 assists while continuing to exceed any rational human being’s expectation of what a second year NBA player should be capable of. The Mavs win came without Kristaps Porzingis, who ended up sitting out with a sore knee and despite a 36-point performance from uber reserve Lou Williams. This was a Hardwood Classic in real time, catch it on League Pass if you missed it.

The Raptors hit the 100-point threshold with over three minutes remaining in the third quarter of their Game 4 win over the Nets, ultimately settling with 150 points in a lopsided victory to close out their series sweep. Not only did every Raptors player score in this one but every one recorded at least one assist. It wasn’t all good news for Toronto, however, as the team lost veteran leader Kyle Lowry to a foot injury in the first quarter. Caris LeVert hit 35 points in the losing effort.

The Nuggets and Jazz went toe-to-toe for four quarters but only one team could come out on top. Thanks to yet another impressive performance from elite closer Donovan Mitchell, Utah will take a stranglehold on the series. Mitchell finished with 51 points, his second 50-piece of the series, but it was the late buckets that put the nail in the coffin for Denver. Jamal Murray added 50 points of his own but will now face elimination despite a remarkably improved showing after a disastrous Game 3.