Top 20 Basketball Sneakers of the Past 20 Years: adidas Harden Vol. 1

Since the debut edition of KICKS hit newsstands in 1997, NBA Stars have graced the hardwood in countless fire sneakers. To celebrate KICKS’ 20th anniversary, we’re counting down the 20 best we’ve seen over the past 20 years—and the moments that defined them. At No. 14 is the adidas Harden Vol. 1, the silhouette that was built to match James Harden’s eclectic style. –Ed. 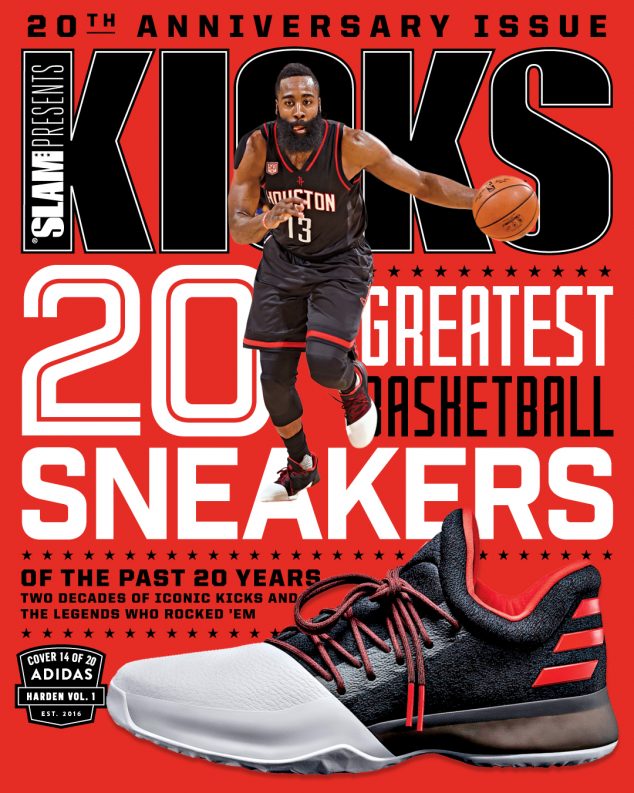 The Sneaker: James Harden was long overdue for a signature sneaker. Not to worry, The Beard’s patience has been a virtue. Finally trusted to be “the man” in Houston after years coming off the bench in OKC, he quickly proved himself to be one of the top players in the game. And finally entrusted with his own signature line, he’s done the same in the sneaker world. His first model’s mélange of full-length adidas Boost technology, Primeknit and tumbled leather shroud, plus an asymmetrical lacing system, made perfect sense for a player who prides himself on being different. 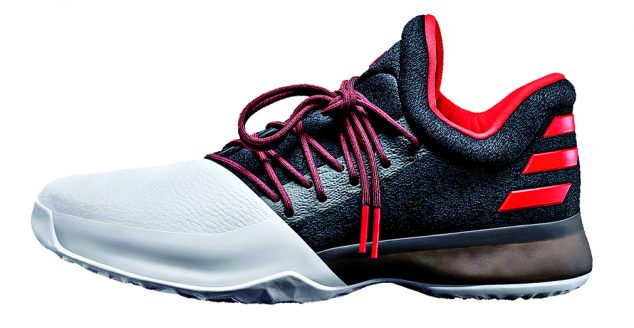 The Moment: Wilt Chamberlain’s numbers are next-level crazy. But James Harden, with 53 points, 17 assists and 16 rebounds against the NY Knicks, tied The Stilt for the most points ever put up in a triple-double.