Post Up: A Guard Duel For The History Books 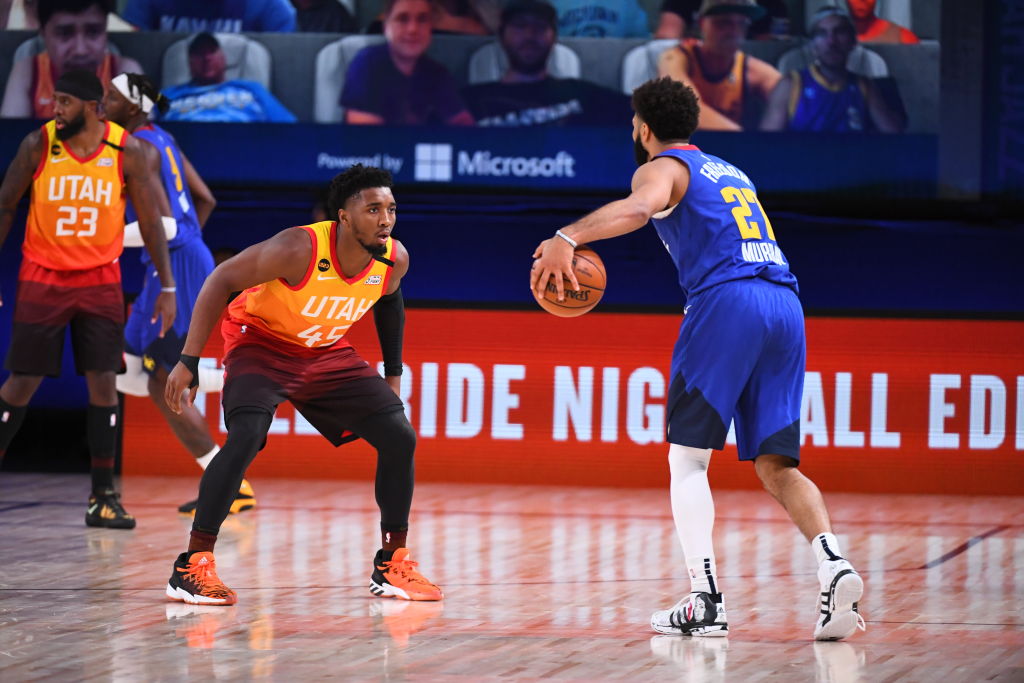 The NBA will have at least one Game 7 showdown in the first-round of the bubble postseason but it won’t take a nail biter in the finale to make this a historic series. Jamal Murray and Donovan Mitchell have added yet another classic chapter to a remarkable showdown. Peep it on League Pass if you missed it.

We broke down that game and the rest of Sunday’s action below.

The Raptors couldn’t buy a bucket in their second round opener and were quickly reminded that you can’t have an off day this deep into the postseason and expect to get away with it. The Celtics leapt out in front of the defending champions in the first quarter and didn’t look back. Toronto shot just .369 from the field while Boston buried them with their well-rounded starting five. What the Raps have in a size advantage on paper, Boston quickly neutralized with scheme, setting the stage for an intriguing series.

The Mavs already faced an uphill battle down in their series against the Clippers but the formal acknowledgement that the injured Kristaps Porzingis would miss the entire series certainly didn’t help. Marcus Morris drew the ire of many with a well placed karate chop to the face of wunderkind Luka Doncic and was rewarded with an ejection from the contest. The blow didn’t prevent Doncic from dropping 38 points, 9 rebounds and 9 assists. The Clips pulled away in the first half and endured a late push from Dallas to close out the series with relative ease. Kawhi Leonard’s 33, 14 and 7 were welcomed but another lackluster shooting night for Paul George (.316 on 6-of-19 from the field) is hard to overlook.

We already knew that this was one of the best first-round pairings of the year but on Sunday, the Nuggets and Jazz took things to new heights. Jamal Murray and Donovan Mitchell, specifically, took things to knew heights. Murray erupted for 50 points for the second time this series and had Mitchell on his heels with 44. The two All-Stars went berserk in the game’s final frame combining for over 40 fourth-quarter points between the two of themselves alone. Murray became just the fourth NBA players to have cracked the half century mark twice in one series. Mitchell, of course, was the third. Only Michael Jordan and Allen Iverson have accomplished such a feat, which should put the duel between Murray and Mitchell into context. A do-or-day Game 7 between these two could bvery well e one of the most hyped matchups of the entire postseason.