Top 20 Basketball Sneakers of the Past 20 Years: Nike PG1

Since the debut edition of KICKS hit newsstands in 1997, NBA Stars have graced the hardwood in countless fire sneakers. To celebrate KICKS’ 20th anniversary, we’re counting down the 20 best we’ve seen over the past 20 years—and the moments that defined them. At No. 13 is the Nike PG1, Paul George’s wildly popular sneaker. –Ed. 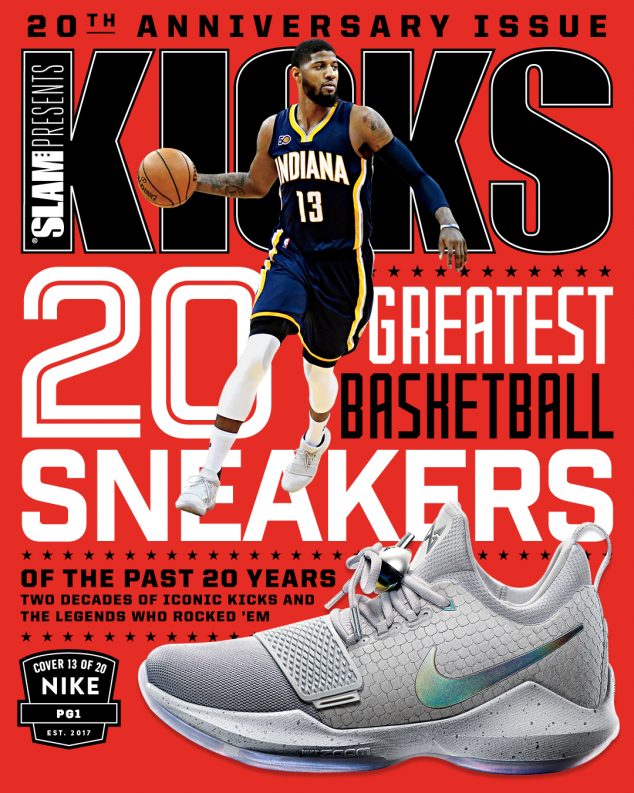 The Sneaker: Paul George entered the Nike offices with a sketch of what he wanted his signature sneaker to look like. Most notably, George had a forefoot strap in that initial drawing. The strap made it to the final version, as well as Nike Zoom tech, an internal bootie and extra volume on the sockliner so that the snug fit would still feel comfortable. The PG1 was met with rave reviews for its performance—guards, forwards and centers started to play in it—and for its “flavors,” as George refers to the many colorways he unveiled throughout the season. 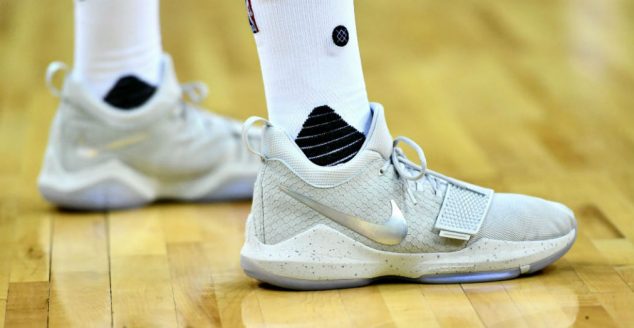 The Moment: Paul George used London as the stage to unveil his signature sneaker. It marked the start of the PG1’s reign as one of the League’s most popular sneakers.