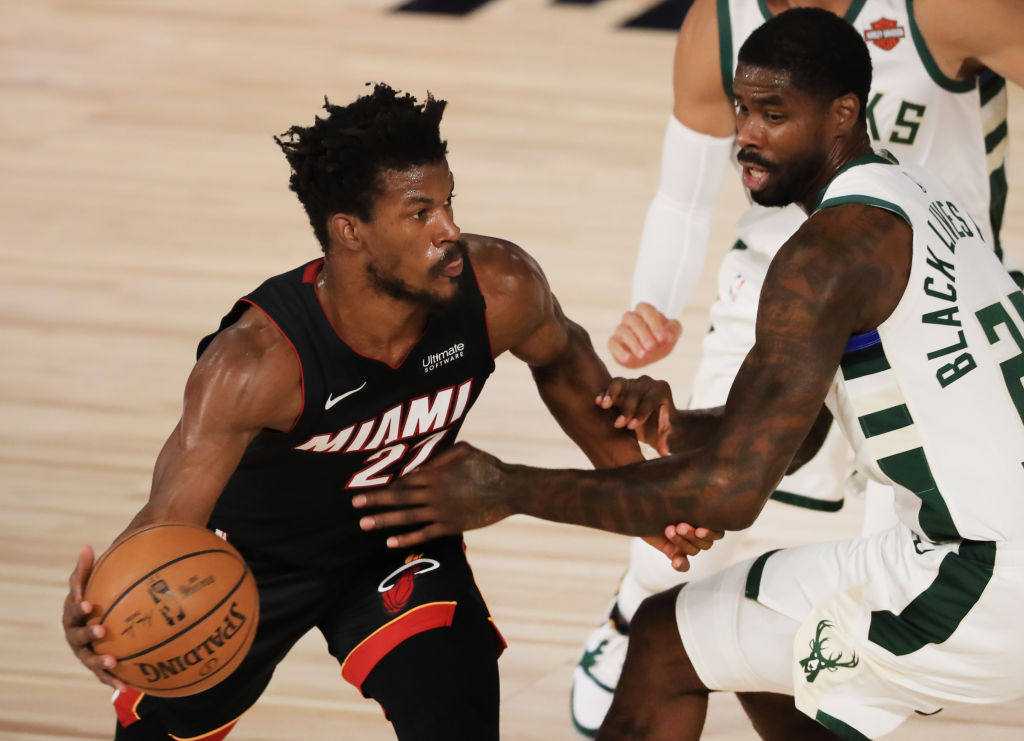 On a day when two underdogs issued loud and clear statements to the league, Jimmy Butler’s 40-point showing stands out. The Heat continue to look scarier as we progress into the second round and not just because of the hired mercenary they brought aboard in a sign-and-trade deal last summer. Miami’s depth and discipline will force the Bucks to be elite night in and night out.

We broke down both Monday night games below.

A late revelation that Eric Bledsoe would sit out Game 1 with a hamstring injury didn’t help Milwaukee’s chances against a disciplined, well-rounded Heat club. Jimmy Butler led Miami with a personal playoff best 40 points but he wasn’t the only one that hit the Bucks where it hurt. Goran Dragic added 27 points of his own and the supporting cast of Bam Adebayo, Tyler Herro and Jae Crowder proved too much. Milwaukee stung themselves by shooting just .538 from the line but the real issue that head coach Mike Budenholzer will need to address is how the Bucks can stay competitive when Giannis Antetokounmpo looks mortal. With a healthy and hungry Butler leading the charge against them, they can’t afford to make mistakes.

The Rockets erased a fourth quarter deficit to hop out in front of the underdog Thunder but veteran Chris Paul wasn’t about to give up on an opportunity to play into the Western Conference semis. At a time when Houston’s well-oiled offensive machine appeared geared to pull away, Paul hit a pair of gutsy step back threes, renewing Oklahoma City’s bid to force a Game 7 late. Paul scored 28 points in sum, while Danilo Gallinari’s 25 helped make up for the fact that the other two thirds of OKC’s three-headed point guard monster struggled from the field.