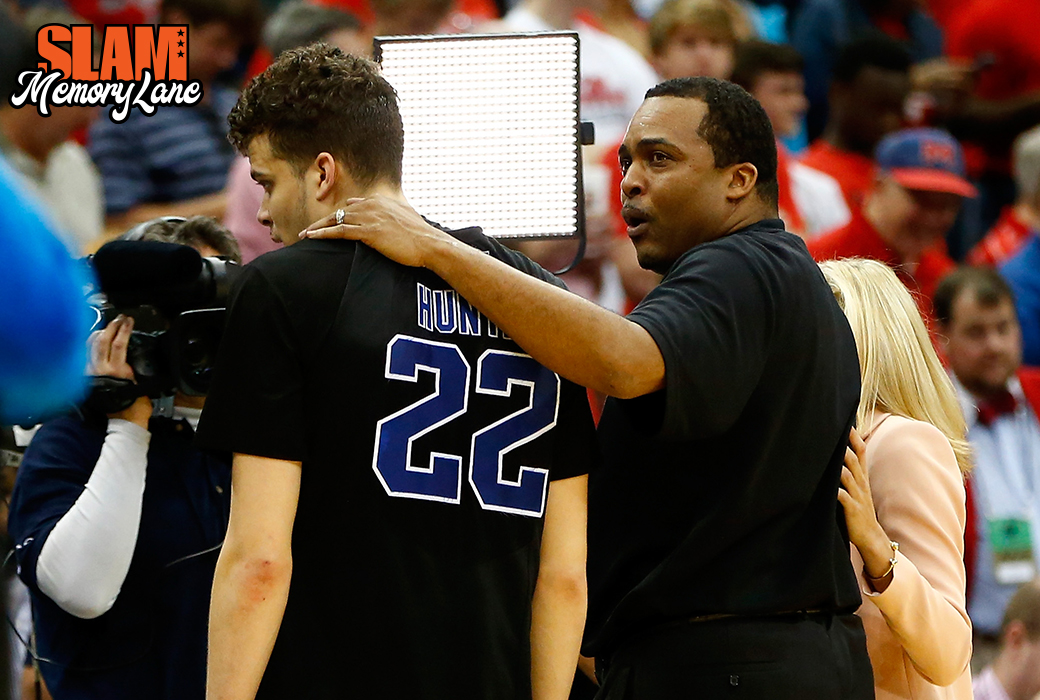 Overcome with joy, Georgia State coach Ron Hunter collapsed to the ground. Lying flat on the sidelines, his mobility scooter pushed aside, he pounded the hardwood. Assistant coaches rushed to his aid, but Hunter waved them back. He was savoring the moment.

Hunter had suffered a torn Achilles while celebrating his team’s win in the Sun Belt championship game less than a week earlier. Now he was on the floor celebrating again, as the Panthers were about to upset Baylor in the first round of the 2015 NCAA tournament.

OK, let’s back up. Georgia State’s conference title landed them a spot in the Big Dance as a No. 14 seed (their first appearance since 2001). The only ranked opponent they faced in the regular season was Iowa State and they got blown out by 23. No one gave them much of a shot against the No. 3-seeded Baylor, who had three future NBA players in Taurean Prince, Royce O’Neale and Johnathan Motley.

RJ Hunter, a 6-6 junior guard and Ron’s son, was the main weapon for the Panthers, averaging just under 20 points per game. With their second leading scorer, Ryan Harrow, out due to injury, Georgia State was depending on RJ to carry an even bigger burden. He started slow and the Panthers went down 16-6, but they fought their way back and trailed by just three at the break.

The Bears ripped off a run late in the second half and held a 12-point advantage with under three minutes to play. That’s when Georgia State turned up the defense, pressing and trapping full court. RJ scored nine straight, capped by a steal and layup that made it 56-53 at the 1:23 mark. The Panthers hit a free throw to come within two and regained possession with a chance to tie or take the lead in the final 15 seconds.

RJ tossed the ball to his big man (TJ Shipes) a few feet behind the arc and immediately ran around him for a hand-off. Shipes’ screen created just enough space for Hunter to rise up and let it fly.

And you know the rest. What started as a prayer ended with dad falling off his stool. It was a perfect March Madness moment, combining an insane highlight with a heartwarming story and reaction.