KP is ready to take the reins in New York. 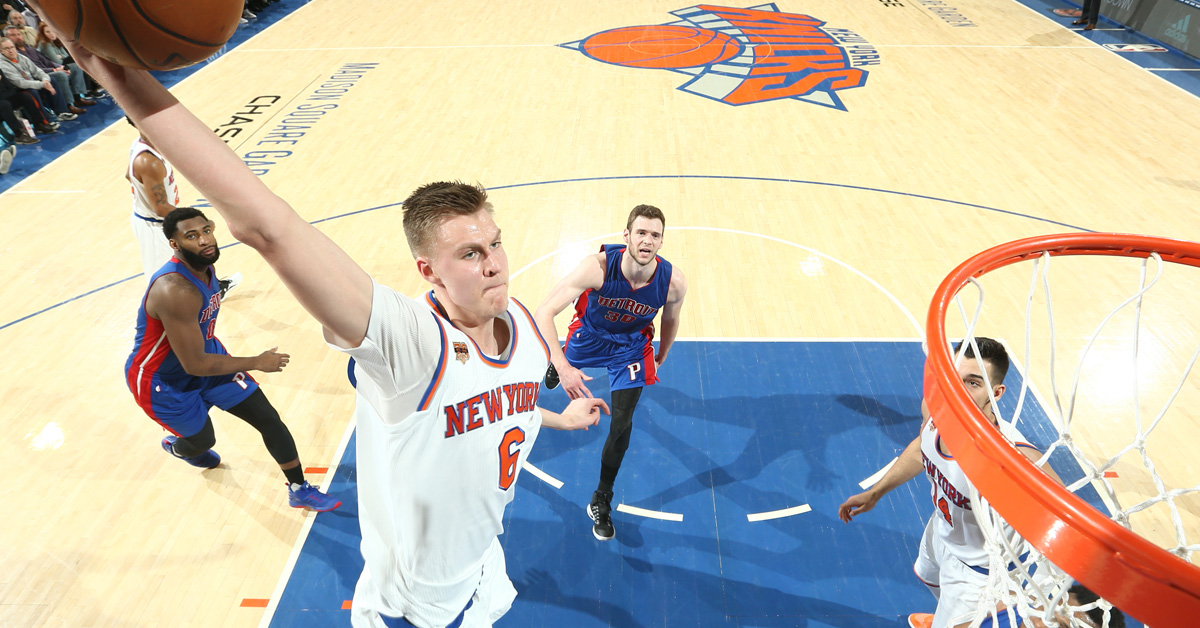 It’s been quite the offseason for Kristaps Porzingis.

It started with a bang when he blew off his Knicks exit meeting and hopped on a plane to Latvia.

He trained with Dirk Nowitzki in South Africa.

He led his country in EuroBasket, with averages of 23.6 points, 5.9 boards and 1.9 blocks (tournament leader).

He did not get traded for Kyrie Irving.

And now he’s back in the States just in time for Knicks training camp on Monday.

As the centerpiece of the Knicks’ young core, Porzingis is expected to become the team’s No. 1 option at some point this season.

New York likely won’t be very good, but they’re finally ditching the Triangle for an offense that caters to Porzingis’ playing style.

And let’s talk about that playing style, which is very much “unicornian.”

At 7-3, he can get a shot off over nearly everyone—and he does it proficiently in the post, mid-range and three.

He’s not afraid of contact, and will use his length to try to bang on defenders in the paint.

Defensively, he’s an active shot-blocker and has enough agility to effectively guard the pick-and-roll.

And did we mention his demeanor? He loves the game, he’s a student, a constant practitioner of the craft.

Because of this, pressure rarely affects his play. He relishes in the opportunity to prove anyone who doubts him wrong.

He’s got a bit of that Iverson/young Melo swag, from around the time when KP had braids himself (bring them back KP!).

Porzingis met Iverson tonight. He said Melo and AI was the reason he had braids pic.twitter.com/pIXFGdrBvM

He may or may not have beef with Knicks coach Jeff Hornacek, but c’mon, things are looking up with a competent front office and a straightforward plan.

And they have Porzingis. Who makes the future look a whole lot brighter.