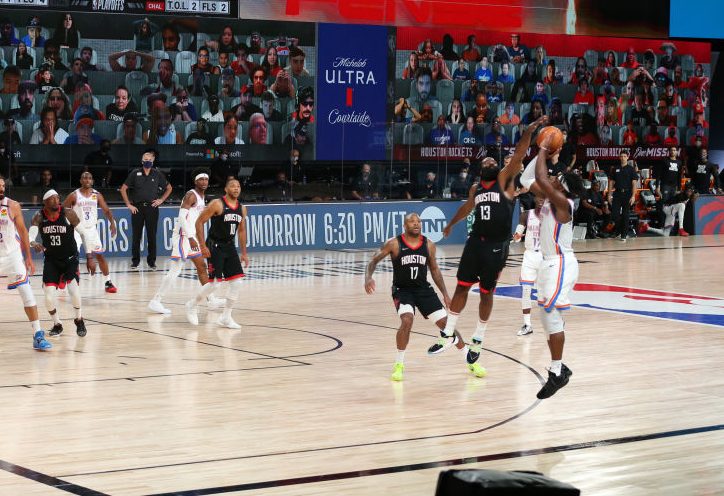 One underdog story reached a new pitch on Tuesday night as Jimmy Butler and his band of South Floridians took a two-game lead on the top seed in their conference. The other underdog story, that of a Thunder squad that wasn’t even supposed to make the postseason, met its end at the outstretched hand of James Harden.

We weighed in on Tuesday’s action below.

The top team in the East is in a hole against a Heat squad that continues to flaunt its depth. Seven Miami players cracked double digits and five of those connected on three or more triples. The Bucks managed to make the Game 2 matchup interesting in the final minute of the contest by killing a six-game deficit in the final twenty seconds of the ball game but it was too little too late. Jimmy Butler pulled the plug on the comeback attempt, sealing the win with a pair of suspect free throws on a missed buzzer beater.

On a night when James Harden’s offense left much to be desired, he stepped up with an epic, perhaps series-saving defensive stop. Luguentz Dort had flourished all night for the Thunder, dropping 30 unexpected points in a do-or-die Game 7. With seconds winding down in the contest, however, Harden managed to close out, leap for and eventually tip a potential Dort buzzer beater, effectively clinching the series for the higher seeded Rockets. Harden shot just .267 on the night but contributions running mate Russell Westbrook and supporting stars Robert Covington and Eric Gordon helped seal the deal.