The legend of Michael Jordan as we know it today started in 1982. With 15 seconds left in the National Championship game against the Patrick Ewing-led Georgetown Hoyas, Jordan caught the rock and hit a clutch jumper from the wing to secure a win for the North Carolina Tar Heels.

He also made a shot in 1989, the one where he was suspended in midair at the foul line, the one that still gives Craig Ehlo and Cavs fans everywhere nightmares. There was the one in Chicago, too, in 1997, where he faded left and beat the Jazz. He did it again a year later, this time in Utah. He held his follow-through for a moment.

There was that 63-point game in Boston, the 69-point performance in Cleveland. The 55-point show against Phoenix in 1993 and then another double-nickel at Madison Square Garden in 1995. 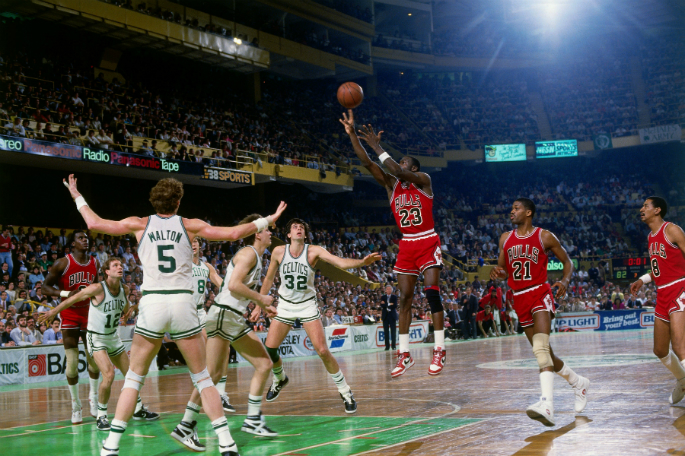 He had the “spectacular” layup, the Shrug, the Flu Game and the Free-Throw Dunk.

He had the tongue, the baggy shorts and the revolutionary sneakers.

But before he was the best player of all time, Jordan struggled to prove himself. Basketball purists called him a ball hog. He was, they said, just an athlete. He didn’t have fundamentals, they said. They ridiculed him for not being a winner. Scoring leaders don’t win titles, they said. Older teams beat up on him. They dared him to come down the lane. They invited him to pass to his teammates. Nobody around the League knew what they were doing, though.

They didn’t know about the fire that burned inside of him, the most intense desire to succeed. It drove him to become the best perimeter defender in the League. He refined his mid-range jumpshot and added a meticulous post-game to his offensive arsenal. He was armed with an extensive basketball IQ, one that he built up every time he was knocked down in his early years. 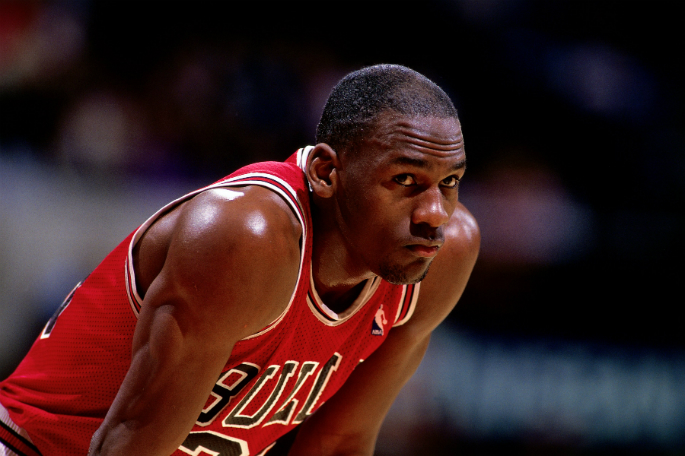 It started with his sneakers. He captivated young kids around the country when the NBA said he wasn’t allowed to wear his black and red Nike Air Ships in-game. The League said the kicks violated the dress code because they didn’t feature enough white.

When the Air Jordan III debuted in 1988, it introduced a mid-cut height, which marked the first of many times that Jordan’s kicks influenced how basketball silhouettes would be designed. When Mike took off from the free-throw line at the ’88 Dunk Contest while wearing the IIIs, which were decked out with the all-new Jumpman logo on the tongue, it was a wrap for every other sneaker on the market.

The kicks and their state-of-the-art technology soared to new heights thanks to his production on the hardwood. He was dominating, altering the way people would play the game for years to come. Mike was proving himself to be the trailblazer for the next generation of basketball. He was a multidimensional weapon who cast a shadow on both offense and defense. There was no planning for him because he had all the answers. His counter moves had counter moves. He was disciplined, supremely focused. Those doubters had given him fuel to develop a fundamentally sound base that he used to endlessly torment opponents.

By the time the 1991 season wrapped up, he had taken down the Pistons and the Lakers, two of the League’s powerhouse teams, and won his first ’chip. And he’d done it in style. Mike wasn’t just winning—he was changing the game, on and off the court. The basketball world was in the palm of his hand. 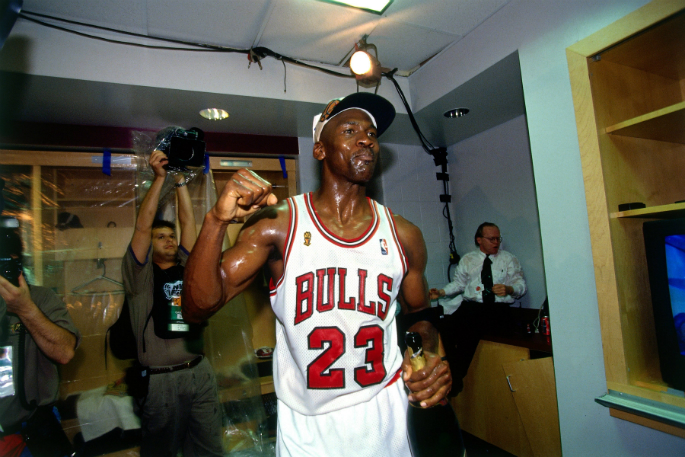 He also made Space Jam, a career highlight that would justify the No. 1 spot on this list all by itself.

Perhaps the most important thing MJ did was inspire kids around the globe to play and love basketball. Dirk Nowitzki and Pau Gasol are among the European players who have said the Dream Team made them want to start playing ball. Allen Iverson said Jordan made him want to be an NBA player. LeBron James wears No. 23 because of MJ. Kobe Bryant emulated Mike’s entire game. Turn on any broadcast right now, from the WNBA to the NBA to the Liga ACB in Spain, and you’ll see someone taking a fadeaway from the mid-post. You’ll see someone wearing some Air Jordans. You’ll see someone trying to fly.

We all relate to Mike. He was a kid who relentlessly improved himself to silence all the negative noise around him. He learned how to win and went on to never lose again. And in doing so, he taught the future to attempt to do the same.