Bizarre offseason aside, KD is gearing up for another incredible season in Golden State. 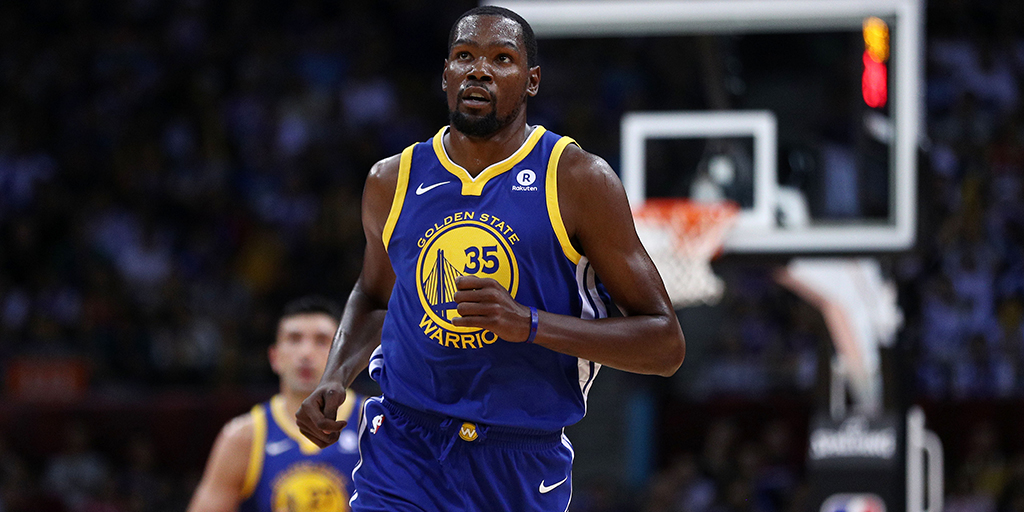 Full disclosure: I voted Kevin Durant as the No. 1 player on the #SLAMTop50.

The majority of SLAM voters did not agree and I respect their opinions. But based on what we saw in last year’s Finals, it feels like Durant has closed the gap on LeBron and this upcoming season could mark the “passing of the torch.”

Granted, LeBron put up jaw-dropping numbers in those same Finals, but KD was unstoppable and was rewarded with both the Larry O’Brien trophy and a Finals MVP award.

Since that June night, shit has gotten a little strange for Durant. It started when he said that “Kyrie is better than Allen Iverson” and continued to spiral. His most recent Twitter fiasco reportedly left both Warriors team officials and teammates “perplexed” by the superstar’s offseason and resulted in an awkward apology from Durant to his former teammates and the Thunder franchise.

It was a long, strange offseason. Fortunately for him, he’s just days away to getting back to what he does best—hoop.

And guess what? In his second season with the Warriors, he could be even better. While the Cavs, Celtics, Thunder, and Rockets figure things out after major roster changes, the Dubs bring the whole squad back and should hit the ground running. That should (and, if we’re to believe Draymond Green, does) make the rest of the NBA scared as hell.

At his best, Durant is unconscious from the field, able to hit shots from all angles and at any length over any defender. Paired with Stephen Curry, Draymond  and Klay Thompson on the court at the same time, he can’t be double teamed. The rest of the NBA has been gearing up to stop LeBron and the Warriors have cracked the code, thanks to luck and savvy roster management. The rest of the League has been in a never before seen arms race, all thanks to KD’s decision to leave the confines of Oklahoma City for the sunshine of the Bay Area.

Durant has rubbed some fans the wrong way, there’s no question about it. From his decision to join the Warriors, to his bizarre social media habits, to his terse press conferences and interviews, KD has become a villainous figure in the League–much like LeBron was at one point in Miami. And similar to LeBron during his “villain era,” Durant has the skills to back up the behavior.

This season, we could realistically see the best offense in NBA history and KD challenging all types of efficiency records. In Cleveland, LeBron has been hampered by an ankle injury all preseason and it wouldn’t surprise anyone if he played a maximum of 70 games in the regular season. If Durant can stay healthy, and LeBron slips even a little bit, there’s no reason why he won’t universally be considered the best player in the Leauge by season’s end.