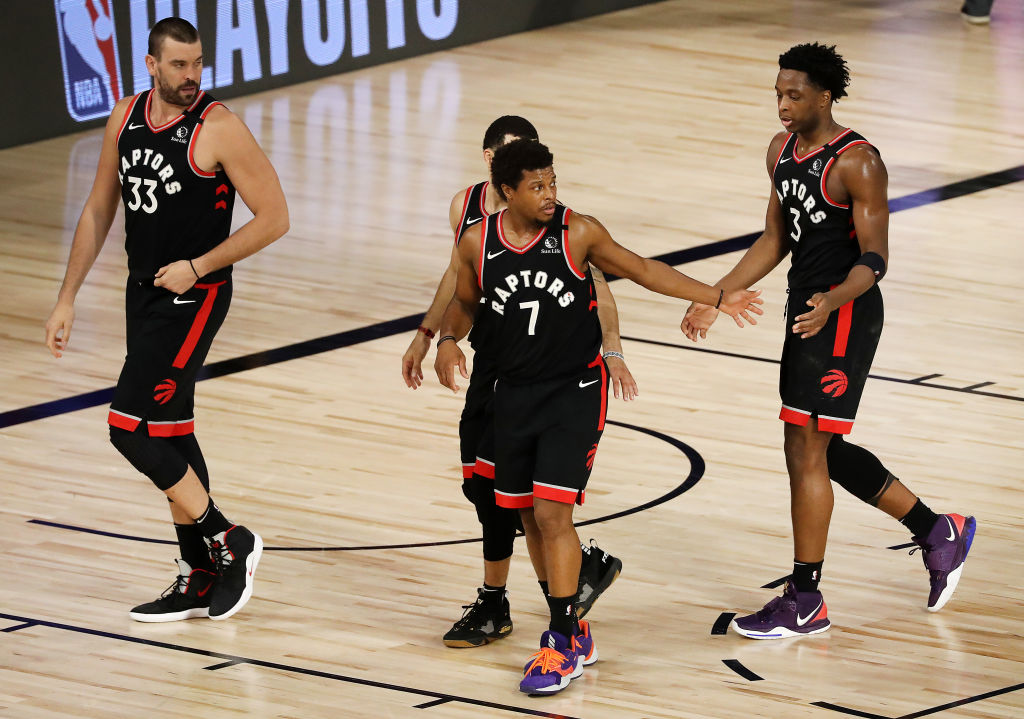 In what was one of the best games to this point in the playoffs, the Raptors came out on top against the Celtics to see another day. It’s only fitting that after a 2OT thriller, we get to see a Game 7 between these teams to see who advances to the Eastern Conference Finals. In the West, the Clippers took care of business to take a commanding 3-1 lead over the Nuggets.

We broke down Wednesday’s matchups below.

It took nearly 54 minutes of play for Kyle Lowry to push the Raptors across the finish line in the second overtime of tonight’s Game 6, but he did it nonetheless. He got help from Fred VanVleet and Norman Powell, who contributed 21 and 23 points respectively but Pascal Siakiam struggled once again. Shooting just .263 from the floor, Siakam scored 12 points in 54 minutes of play. Kemba Walker struggled for Boston, producing only five points in a game where they needed him most. On the bright side, Marcus Smart notched a triple-double while Jayson Tatum and Jaylen Brown combined for 60 points and 30 rebounds.

The Clippers jumped out to an early lead in Game 4 and held a 14-point lead after the first quarter. Denver did their best to chip away at the lead throughout the game but never really got within striking distance in this one. The Clips led for every minute of this game and were up by as many as 19 points. Kawhi Leonard led them in points (30), rebounds (11) and assists (9) as he nearly achieved a triple-double. Outside of him, nobody else scored more than 12 points for the Clippers in this low scoring affair. Of Denver’s 85 points, Nikola Jokic, Jamal Murray, Gary Harris and Michael Porter Jr. scored 69, as the rest of the roster really struggled offensively.