The two-time MVP is the most dangerous shooter to ever play this game. 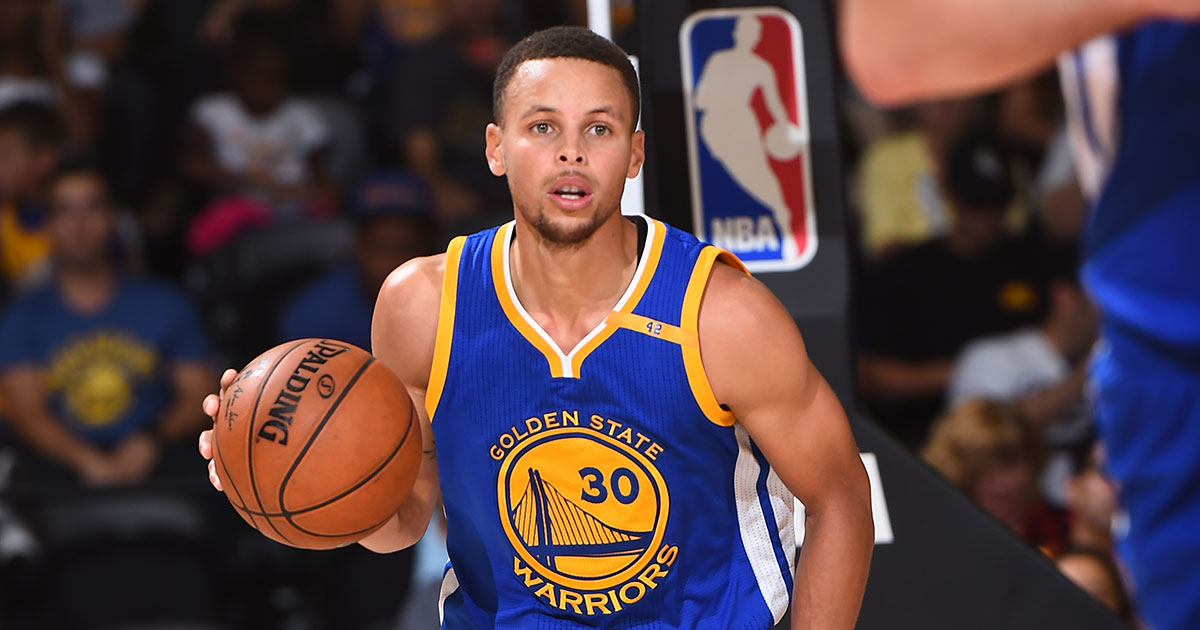 People who didn’t live pre-Internet can’t grasp how devoid of ideas life in my hometown was. The only bookstores sold Bibles the size of coffee tables and dashboard Virgin Marys that glowed in the dark. I stopped in the middle of the SAT to memorize a poem, because I thought, This is a great work of art, and I’ll never see it again.—Mary Karr

Here’s Stephen Curry in the trebuchet, about to be launched into the ocean. He kind of half-hopped his way through the Finals for an injury he refused to disclose and now he’s up here, a meme, a living 3-1 lead being blown ad infinitum.

Then he accidentally doubled down on it. The Warriors, who—if you haven’t heard—blew a 3-1 lead in the NBA Finals, got the other blown lead guy, Kevin Durant, the fourth best basketball player in the world. The people with the pitchforks turned at last away from LeBron James, who they hated for no reason for like a solid decade there, and onto Steph.

Somebody’s gotta be in the trebuchet, about to be thrown aside.

You’re supposed to hate him now. Which sucks, because I thought he had something special.

Here’s the thing about a villain on the Internet: It doesn’t take much anymore. It is, in hindsight, still unclear what Anne Hathaway ever did, and where is she now? Is Anne Hathaway dead? I don’t know. No one knows. Somebody check on Anne Hathaway.

Being a villain on the Internet is a fickle thing. It’s misfortune explained unfortunately. So Steph, marketed into an unexplainable, is the bad guy now.

Steph just won two straight MVPs, the second one unanimously. LeBron is starting to look a little old and rugged. No matter what they say, or who else they come up with to play next to him and Kyrie and Love, he’s driving the Cavs like a pickup truck in the Daytona 500. It is admirable and inconceivable—in a sport where actual goddamn scientists mess around with the motors now—that an old-timey pickup truck won the Daytona 500.

Then, on July 5, some guy came by and replaced Steph’s very nice car with a spaceship.

But I don’t think you understand what we have.

Please forgive me for calling attention to your short attention span. It’s a sore subject for all of us. Nobody really knows how we all got this broken this fast, but here we are.

Look back to February, the last time it was cold, when basketball was lifting you through the winter and the sudden realization that a racist Flamin’ Hot Cheeto has an earnest shot at running the country. It was rough.

People were still trying to find ways to call Steph Curry a fluke back then. This was only eight months ago, but it’s true. Some still believed averaging five made threes a game was a hot hand that went on way too long, like a reverse flu.

Then this game against the Thunder happened.

Previously, basketball players had limited range. Then they didn’t anymore. Steph was breaking a sport in real time, and not through his size or some bullshit preternatural athletic thing regular people can’t do. He was doing it by being great in a way nobody had the guts to be before.

He capped it off with a half-court shot that he flung casually, like a layup in a driveway. If you were to call Steph a villain in that moment, you’d be a sociopath.

But here we are, eight months later, all of us or none of us sociopaths.

Listen, he has a new weapon that’s going to make this team practically unbeatable. I get it. I understand. You can’t double anybody on the Warriors because one skip pass means three free points. It is beautiful and it is awful and it is unfair and life is a horrendous contradiction, only compounded by time.

But remember: It does, eventually, go away. Steph is in this form now, for who knows how long. This is a great work of art, and I’ll never see it again.