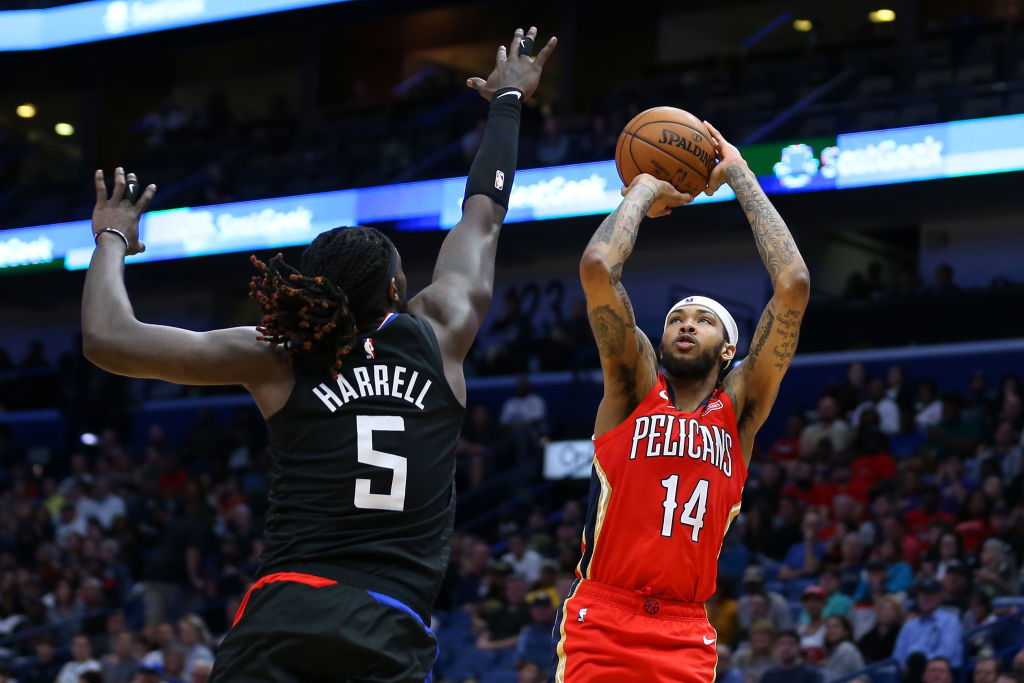 The available NBA free agent class in 2020 may not be as top-heavy as the one we saw last summer but there are a number of players who could be legitimate game changers for whichever teams end up signing them over the offseason.

Rather than focus on specific rankings for players, a process limited by the fact that a given individual’s value fluctuates based on the needs of each team, I’ve broken down the league’s available free agents into general tiers.

Not all of the players that you see listed here will end up hitting the open market. Any team with (player) or (team) next to them has an option built into their contract. If that option is picked up, they’re immediately under contract for a pre-negotiated amount in 2020-21.

Players with (restricted) next to their names are restricted free agents, meaning the teams that they currently play for hold the right to match any contract that they’re able to draw from outside organizations.

The actual date for the start of NBA free agency is unknown but it stands to reason that the official negotiation period will fall after the now locked in Nov. 18, 2020 NBA Draft. Earlier this summer, the league had floated a potential Oct. 15 draft with free agency set three days later. The October dates are moot now but the three-day buffer could still apply.

While I stayed away from floating any potential contract figures for these pending free agents, the tiers were constructed under the assumption that the 2020-21 NBA salary cap would fall in line with what it was in 2019-20 ($109 million). Originally it was set to increase but the league’s economic forecast is less optimistic than it was pre-pandemic.

The exact cap number will impact how teams approach free agency but the value of the players available remains relative. Scroll through the complete list below but remember that different teams will prioritize different tiers depending on where they are as an organization.

There are two players in this year’s free agent class that you could envision as the No. 1 option on an NBA playoff team. Anthony Davis and Brandon Ingram are, all things being equal, players that a front office could legitimately plan their offseason strategy around. In reality, it’s hard to imagine a scenario in which Anthony Davis leaves the Los Angeles Lakers given the trouble he went through to get there, even if that means he turns down his player option and signs a new deal. Ingram bet on himself in 2019-20 and fortified his case for max money. If such a deal doesn’t come from the New Orleans Pelicans ahead of free agency, it’ll certainly come via restricted free agent offer sheet, even if the 2020-21 salary cap remains right where it was this season.

There won’t be too many teams lining up to poach an established star in or at the end of their prime this offseason, even if they come with the All-Star resumes and accolades that this lot comes with. Without question, these are the types of players that could make good teams great but that’s not much help if the price point isn’t feasible for the teams that need them. With a shortage of cap room around the league this year, expect most of the players in this group to exercise their player options. If they do end up on the market, as both DeMar DeRozan and Andre Drummond have at different times implied, their best bet may be to trade a pay cut in the short-term for a longer duration deal like Al Horford and Jonas Valanciunas did last season.

Both Fred VanVleet and Montrezl Harrell have made their names providing immense value in supporting roles for teams with first-class championship aspirations. As a result, fans and opposing teams alike have no shortage of chances to see what they’re capable of. What nobody truly knows, however, is how either of these teams would fare as a primary or secondary option on another squad, the type of role that comes with max or near-max money. Both Toronto and Los Angeles are well positioned to give their guys a substantial pay raise and keep them in town but things could get complicated in a hurry if outside teams hungry for assets they can grow with start to court them.

The Brimming with Potential Tier

In certain offseasons, teams flush with cap space would be happy to throw money at players who’ve shown the glimpses of high ceiling potential that this group has. This year though, with a shortage of spenders and much of the league’s financial outlook still uncertain, things are different. While all of these particular individuals had shown promising signs with other teams, it wasn’t until they landed on their current squads that they started to truly gain momentum as potential long-term building blocks. For that reason, any outside team eager to pluck one would likely need to spend more on a relatively unproven commodity than they’re comfortable with. That’s a risk that may seem especially hard to justify in 2020, leaving incumbent teams in prime position to bring them back.

This group of starting caliber impact players can be one of the most interesting to monitor every offseason. None of the players will command max money or even a featured role in any new team’s offense but they can immediately tilt the scales for whichever franchise they land with. These players are safe, often nomadic, with a track record of performing consistently. If the fit and the price are right, it’s a perfect marriage with postseason implications.

While these players may not have the luxury of demanding heavy usage wherever they go, they’re capable of specifically thriving in certain ideal situations. Fit is key with these players and that can completely shift the narratives that follow them around for the rest of their career. There’s a thin line between heroic supporting veteran and onerous contract and it usually depends on how competitive the team ends up being after they’ve signed them.

This group of players with histories of featuring heavily into team rotations will always garner interest because of their track records but they may be forced to accept reduced roles if they’d like to play meaningful basketball come playoff time. Alternatively, they could opt instead for larger, albeit temporary, roles with developing programs in need of starters.

Teams looking to stockpile assets that they can grow and work with will always have an interest in this mid-level group. Inevitably, these players appeal more to teams with room and patience to focus on player development since there’s no guarantee that they’d be able to consistently excel on a team contending for a title. Not all will blossom into major rotation pieces down the road but they’re simultaneously capable contributors in the short-term and low-risk investment opportunities in the long term.

Teams less inclined to take on development projects may prefer mid-rotation pieces that they can plug into their lineup without stress. None of these players are going to move the needle for a team on a season-to-season basis but they can still make a difference from game to game. Given that they wouldn’t likely yield big contracts, they’re the perfect building blocks to slide into contending rosters to fortify already impressive lineups.

Whether a team is ready to compete now or still in the rebuilding phase, they’ll need to fill out the middle portion of their rotation with reliable players. This particular group would appeal more to teams still developing their core as the players within it have room to grow on a personal level. The fact that a young team could commit now and groom a potential long-term supporting cast member carries a lot of weight. The fact that they could settle on a contender and then blossom into something more is scary.

While unlikely to grab many headlines, these veterans are necessary components of the NBA workforce. Equally equipped to slot in as prominent bench players for contending teams or help guide a developing team through a rebuild in more of a leadership role, there’s an impressive amount of flexibility here. They’ll get minutes wherever they end up and can be some of the most affordable sources of value in the league.

Teams don’t necessarily go looking for prominent contributors at the bottom of their rotation but these are players that could start there and work their way up. These players aren’t so much budding prospects as they’re veteran players capable of more if things break right. So long as the price is right, these are low-risk gambles with intriguing rewards.

It’s unrealistic to expect a deep rotation piece to be able to produce above their weight class consistently but any time a utility player can step up as an injury replacement or even just flex a unique skill set, it provides additional value for the team. These players may slide by undetected in the box score on most nights but are capable of much more.

The Depth on Depth Tier

What can make or break a season is the depth at the bottom of the roster. There are no shortage of quality hoopers in this world who can fill in at the end of the bench for an NBA squad but if those players have the skills, experience and gravitas to make the most of the fleeting action they do get, the sky is the limit. These players won’t demand consistent court time but they’re a luxury to have at the bottom of a rotation.

The Scrapping for Opportunities Tier

Securing a consistent job in the NBA is incredibly difficult, leaving this group the most susceptible to churn as 60 new rookies enter the league every offseason. These players will have their work cut out for them landing new roles and some could even spend time on the outside of the league looking in if they don’t find a good fit. We’ve seen time and time again examples of players that left the league only to return after a brief hiatus in the G League or overseas.